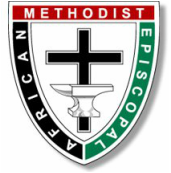 In 1864, Bethel AMEC Carbondale was organized by Reverend Ranson Grief. The charter members were Issac and Kate Clemons,  Maranda W. Wilson, Spencer and Lucy Williams, Catherine Thomas, Dollie Woodard, Harriet Harris, Mariah and Green Davidson, William Marberry, Louisa and Samuel Asbel, Wyatt and Mahala McKernan, and Collin Wilson. In 1868, Reverend Samuel Hutchinson, a minister and teacher, became the first pastor. The building was located on North Marion Street with fifty or sixty members. The second site was on the west side of the Illinois Central Railroad. The church remained there for about three years and then moved to its current location on East Jackson Street.

For over 150 years, Bethel AMEC  has remained a beacon in the Carbondale Community. In 2002, members established the Feed My Sheep Community Soup Kitchen.  At the forefront were the founders:  Rev. James Hailey, III, Rev. Ralph Jackson, and the late Richard Hayes. Currently, Rev. Ronald R. Chambers serves as the pastor and continues the mission of the AMEC by ministering to the spiritual, intellectual, physical, emotional, and environmental needs of all people  in his congregation and community.

​AME Mission Statement
The mission of the African Methodist Episcopal Church is to minister to the social, spiritual, and physical development of all people.

Vision Statement
"Kingdom Building Through Ministry and Service"  Matthew 25:35-40 (NKJV)
For I was hungry and you gave Me food; I was thirsty and you gave Me drink; I was a stranger and you took Me in; I was naked and you clothed Me; I was sick and you visited Me; I was in prison and you came to Me.’ “Then the righteous will answer Him, saying, ‘Lord, when did we see You hungry and feed You, or thirsty and give You drink? When did we see You a stranger and take You in, or naked and clothe You? Or when did we see You sick, or in prison, and come to You?’ And the King will answer and say to them, ‘Assuredly, I say to you, inasmuch as you did it to one of the least of these My brethren, you did it to Me.’
​

Officers of the Church
​


Bethel A.M.E. of Carbondale and Shaffer Chapel A.M.E. of Colp are members of the 4th Episcopal District and the African Methodist Episcopal Church, Incorporated